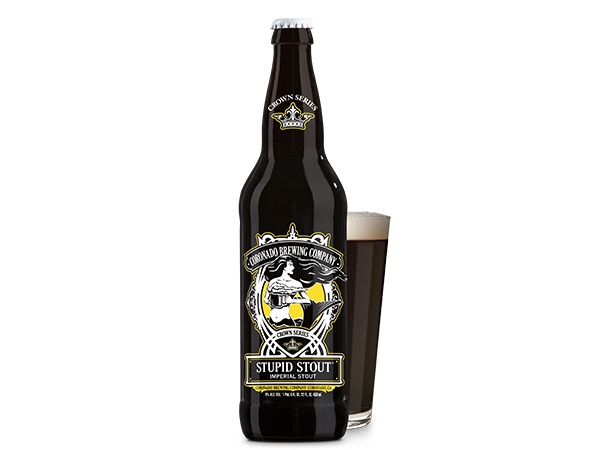 CORONADO, CA  — November 12, 2015 — There’s no doubt, it’s the season of the stout. With their final Crown Series offering of 2015, Coronado Brewing Company is rounding out the year with a bang and launching Stupid Stout. This Imperial Stout is worth its weight in gold and has garnered a 97 overall score on RateBeer. Stupid Stout delivers defined, robust, chocolaty flavors with a hint of hop freshness. As the beer ages, these big flavors mellow, leaving a smooth and balanced sipper. This makes it the perfect beer to warm up with as the winter cold sets in.

Local: Make your way to CBC’s Bay Park Brewery on Friday, November 13, 2015, and pull your very own bottle of Stupid Stout off the bottling line.

Where to find Stupid Stout:

About Coronado Brewing Company: In 1996, when craft beer was still a foreign term and San Diego County was home to only a handful of breweries, the Chapman brothers Ron and Rick opened a brewpub in their hometown of Coronado. CBC brews abundantly hoppy West Coast-style ales staying true to their San Diego roots. They began distributing their beers throughout the local market, and today you can find Coronado beers in 19 states across the US and ten countries. In addition to their long established pub in Coronado, the company opened a tasting room inside their newly built San Diego production facility in early 2013.  The past year has been very rewarding for the brewery; they opened their new tasting room and restaurant in Imperial Beach, CA.  Winning Champion Mid Size Brewery and Brewmaster at World Beer Cup in Denver awarded them with one of the most prestigious distinctions in the industry.