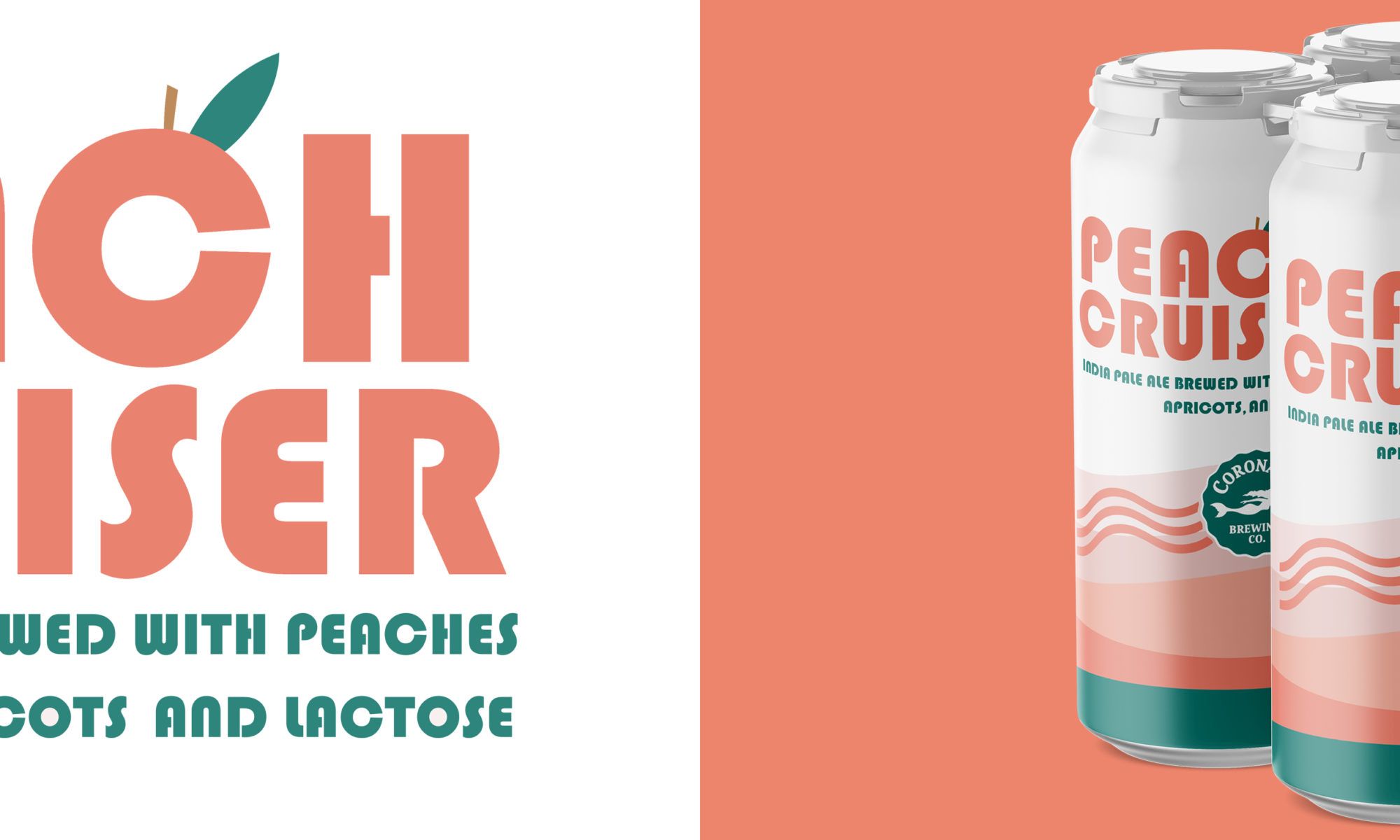 Coming off the success of last year’s Knoxville Series, Coronado Brewing Company is re-releasing Peach Cruiser IPA just in time for summer. Coronado’s Knoxville Seasonal Series debuted back in 2018 and features three special-release beers distributed throughout Coronado’s distribution network. The seasonal program offers beer drinkers fun, interesting beers available to buy on store shelves, while supplies last. Peach Cruiser IPA is the second installment in the series and will be followed by Early Bird, currently scheduled as the third release later this year.

Peach Cruiser is a San Diego-style IPA brewed with summer in mind. The beer is brewed using a blend of Mosaic, Citra, and Azacca hops, with fresh peach, apricot, and lactose added to complement the tropical citrus hoppiness. “When I think of summer, I think of tropical fruit and the beach,” says Mark Thiesen, Head Brewer, Coronado Brewing Company. “The blend of hops we used brings out all the bright, tropical fruit characteristics you look for in a summer beer, and the fresh peach puree complements and enhances those flavors nicely. The end result is an incredibly easy-drinking and refreshing IPA that’s perfect for outdoor activities.”

Peach Cruiser IPA will debut at all Coronado locations on May 15th in 16oz., four-pack cans. The beer will hit broader retail availability at the end of May and will be available to buy on store shelves throughout the company’s distribution network. For more information about Peach Cruiser IPA, visit www.coronadobrewing.com. Stay Coastal. Cheers.

Label Copy:
This classic San Diego-style IPA is loaded with Mosaic, Citra, and Azacca hops, giving the beer ripe, stone fruit flavors. We upped the ante with a big dose of fresh peach and apricot puree and a splash of lactose to round everything out. The result is a super crushable IPA perfect for cruising into summer and beyond.

About Coronado Brewing Company
In 1996, when craft beer was still a foreign term and San Diego County was home to only a handful of breweries, the Chapman brothers Ron and Rick opened a brewpub in their hometown of Coronado. Today CBC stays true to their San Diego roots, brewing abundantly hoppy West Coast-style ales, which are available today in 14 US states and 12 countries. In addition to the long-established pub in Coronado, the company opened a tasting room inside its San Diego production facility in 2013, and a tasting room and restaurant in Imperial Beach, California in 2014. Coronado Brewing Company was honored in 2014 with one of the brewing industry’s most prestigious awards—World Beer Cup Champion Brewery and Brewmaster for a Mid-Size Brewing Company.