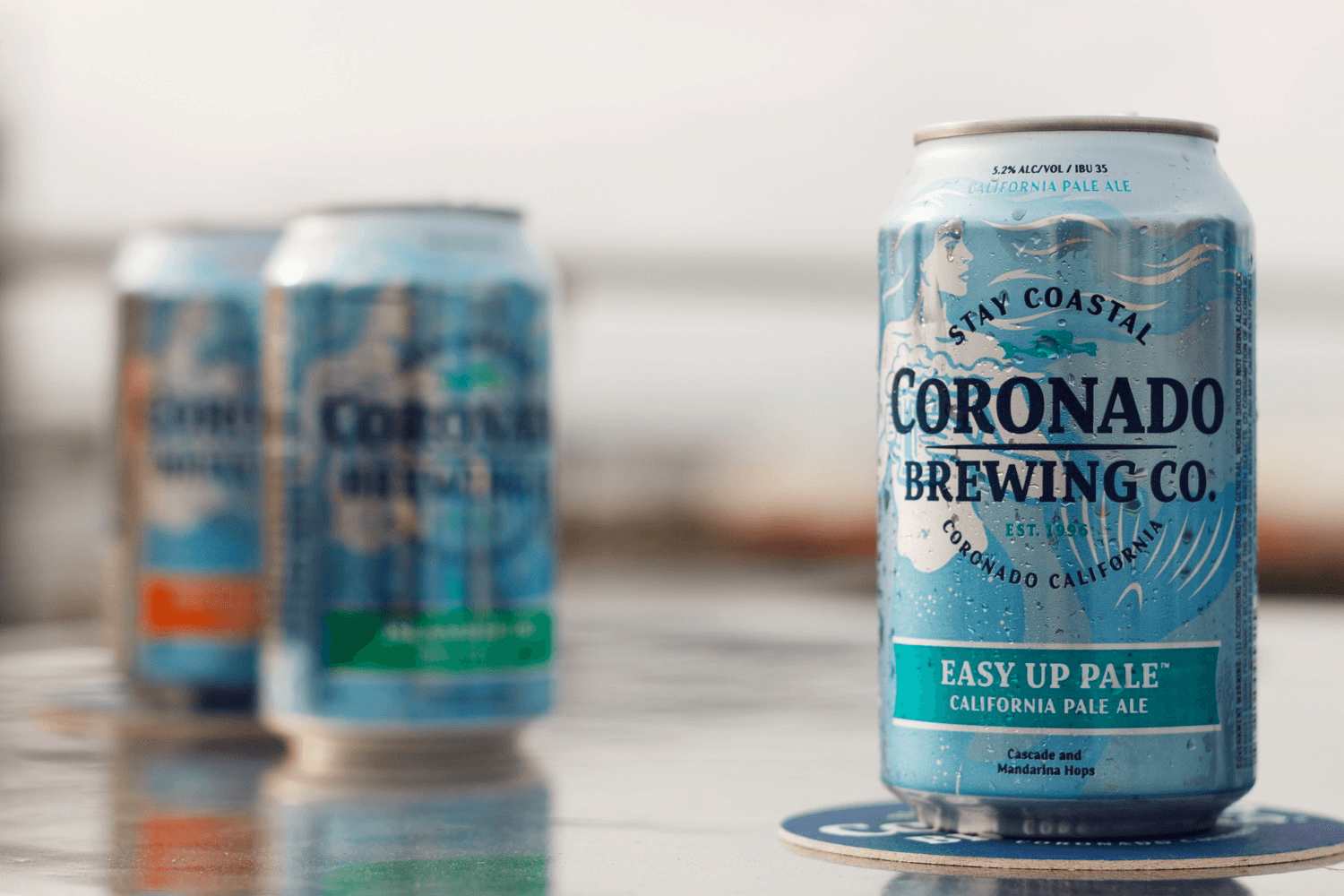 CORONADO, Calif. – March 2, 2016 – For the first time in the company’s 20 year history, Coronado Brewing will be releasing it’s beer in cans. The new can launch comes as part of a brand refresh that highlights a coastal lifestyle; encouraging consumers to get out and enjoy their beers anywhere they may find themselves. Two Coronado classics, Islander IPA and Orange Avenue Wit, will be the first to make it into cans. Additionally, Coronado Brewing is introducing their brand-new pale ale into the canned lineup, Easy Up Pale Ale. This is an exciting new step forward for the company and the industry as a whole.

The can launch is also the first time we will see Coronado Brewing unveil its new branding and logos on packaged product. This is a transition they plan to roll out over the next few seasons with the release of new limited, brewer’s series, and eventually core bottles.

“We are very excited about the release of our new Stay Coastal cans; this is something we have been talking about for many years,” said Brandon Richards, vice president of sales and marketing. “Here at Coronado Brewing our lives are very much tied to the outdoors and west coast lifestyle. Having our beer available in a can, opens us up to many of those drinking occasions that lend well to us living that lifestyle.”

Launch Events:
Since this is such an exciting time for the Coronado Brewing brand, we will be having a can launch party at The Lafayette Hotel. The Lafayette Hotel is a well renowned hotel located in the North Park neighborhood of San Diego. The party will take place on Sunday, April 3rd and will feature the band Chug Boat, a ‘meet the brewer’ pool session, and of course, our new cans. Other launch parties will be taking place in California, Chicago and Boston markets throughout March and April including Flagship Hops on the Harbor intimate Beer Dinner Cruises with our brewers and a DJ.

All three canned brands will be available to purchase at the Coronado Brewing Tasting Room on Knoxville Street and Imperial Beach Seacoast Drive, starting Friday, March 4th. The cans will hit shelves and restaurants in the middle of March.

About Coronado Brewing Company: In 1996, when craft beer was still a foreign term and San Diego County was home to only a handful of breweries, the Chapman brothers Ron and Rick opened a brewpub in their hometown of Coronado. Today CBC stays true to their San Diego roots, brewing abundantly hoppy West Coast-style ales, which are available today in nineteen US states and ten countries. In addition to the long-established pub in Coronado, the company opened a tasting room inside their newly built San Diego production facility in early 2013, and a tasting room and restaurant in Imperial Beach, California in 2014. Coronado Brewing Company was honored in 2014 with one of the brewing industry’s most prestigious awards-World Beer Cup Champion Brewery and Brewmaster for a Mid-size Brewing Company.