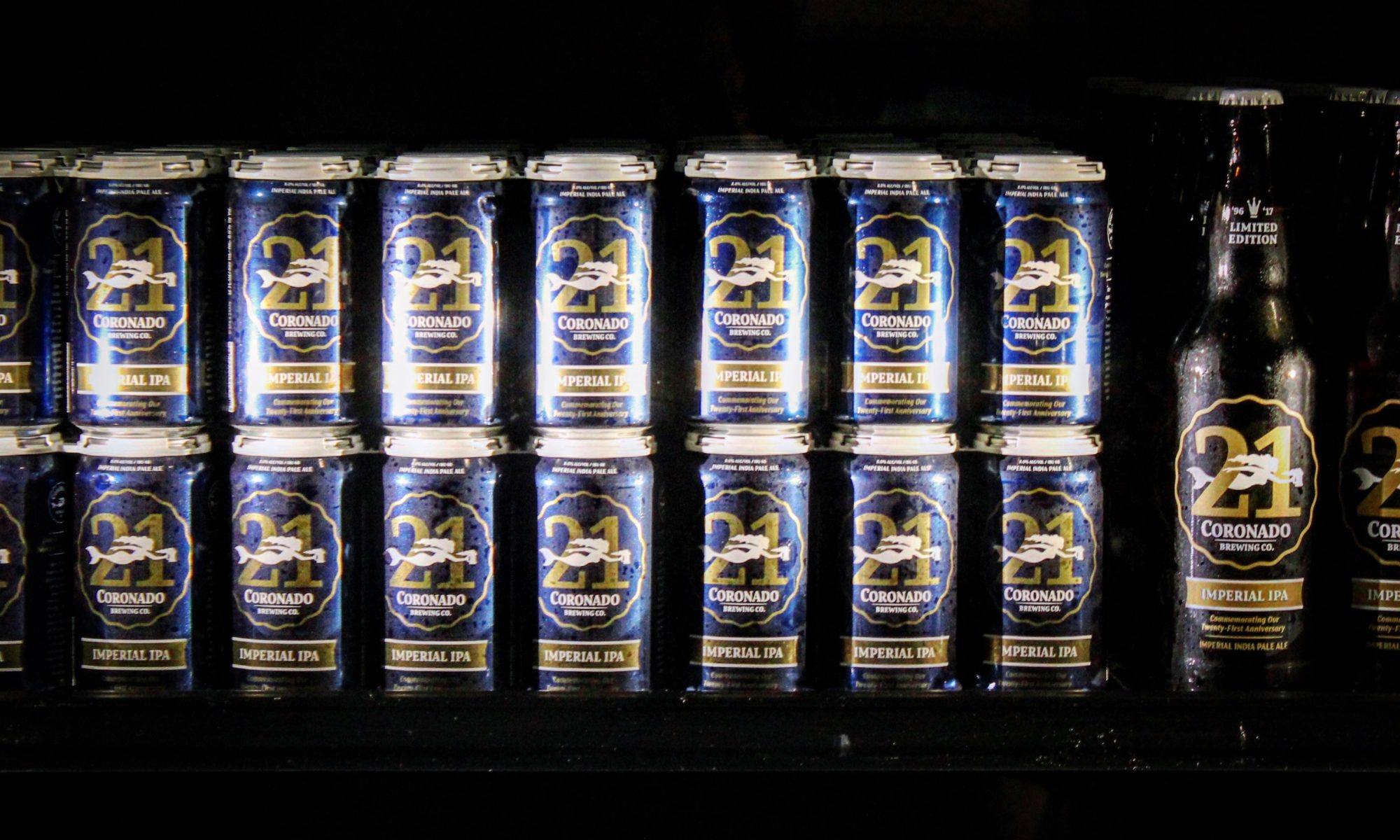 July marks Coronado Brewing Company’s 21st birthday, and after more than two decades of brewing award-winning beer, the company is showing no signs of slowing down. Coronado Brewing is on a roll this summer, winning nine medals at recent competitions, including three golds for Orange Ave. Wit, Seacoast Pilsner and Waylaid White IPA, and two silvers for newcomer CoastWise Session IPA.

As the company heads into its next chapter, it looks forward to growing its reach with a new brewery and restaurant at 13th street in Imperial Beach, a new kitchen at its Knoxville Tasting Room, and expanded distribution into new states, including Minnesota. “It’s amazing to see how this company has grown and evolved over the years,” says Brandon Richards, COO, Coronado Brewing Company. “We have so many exciting projects in the works, and a ton of momentum as we go into the back half of the year.”

Coronado Brewing is celebrating its now-legal status with the release of its 21st Anniversary Limited-Edition Imperial IPA. Each summer, the company releases a big, Imperial IPA to celebrate its anniversary, and this year’s version features a complex blend of Azacca®, Citra, and Centennial hops. “I’m stoked for this year’s release,” says Mark Theisen, Lead Brewer, Coronado Brewing Company. “We used a great blend of hops giving the beer layers of peach, stone fruit, and hints of citrus. For being 8.0% it goes down way too easy.” 21st Anniversary Imperial IPA will be released for the first-time in 12oz can six-packs, in addition to 22oz bombers and on draft.

In addition to the commemorative beer, Coronado Brewing Co. is hosting an Anniversary party at its Tasting Room in Bay Park, San Diego. The celebration takes place on Saturday, July 29 from 2-7pm. $10 tickets include admission into the event, beer ticket, and entry into the raffle for Coronado swag. Additional proceeds from the raffle will benefit the local chapter of the Surfrider Foundation. The event will feature 25+ beers on tap, specialty casks, local music by Ron’s Garage, and several gourmet food trucks, including BFD Sandwiches and South Jersey Grub. Tickets and more information available at coronadobrewing.com. Stay Coastal. Cheers.

About Coronado Brewing Company
In 1996, when craft beer was still a foreign term and San Diego County was home to only a handful of breweries, the Chapman brothers, Ron and Rick, opened a brewpub in their hometown of Coronado. Today CBC stays true to their San Diego roots, brewing abundantly hoppy West Coast-style ales, which are available today in 16 US states and twelve countries. In addition to the long-established pub in Coronado, the company opened a tasting room inside their San Diego production facility in 2013, and a tasting room and restaurant in Imperial Beach, California in 2014. Coronado Brewing Company was honored in 2014 with one of the brewing industry’s most prestigious awards—World Beer Cup Champion Brewery and Brewmaster for a Mid-size Brewing Company.