San Diego, CA – December 14, 2017 – 2017 was a challenging year for the craft beer industry, but Coronado Brewing Company is adapting to the rapidly changing landscape through a series of strategic moves. The 21-year-old brewery has diversified its business by investing in the launch of SouthNorte Beer Co. with former Coronado Head Brewer, Ryan Brooks, as well as partnering with local publican, Scot Blair, on Monkey Paw Brewing Company. “We know the craft beer landscape is changing quickly,” says Ron Chapman, Co-Founder, Coronado Brewing Company. “We spent 2017 laying a solid foundation for 2018 and we are confident that our investment in people, equipment, and breweries will pay off.”

To facilitate the company’s growth vision, CEO Ron Chapman is transitioning into a Chairman of the Board position. Current Co-COO, Brandon Richards, will step into the CEO position and will oversee day-to-day operations across all three brewing companies. “I have been saying for a long time that it is time to let the young guns run the brewery,” said Chapman. “Rick and I will still be active participants in our business, but these changes give Brandon the autonomy to move the business forward.” Kasey Chapman will remain COO, overseeing the restaurant operations for Coronado and Monkey Paw, including the newly opened quick-service kitchen at Coronado’s main brewery and tasting room in Bay Park. 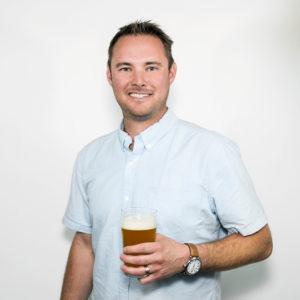 Richards, a 13-year craft industry veteran, has been at Coronado Brewing for the past five years. In that time, he has helped the company increase production by 27,000 barrels, and oversaw the company’s brand refresh in 2015. “I have learned so much working with the Chapmans, and I am excited for this new opportunity to keep pushing our company forward in these challenging times,” says Richards. “A major challenge has been staying relevant in the eyes of craft beer drinkers. Having a portfolio of three brands allows us to stay current and grow in the future. We’ve laid the groundwork for success and we’re going to work hard on executing that vision in the coming year.”

In 1996, when craft beer was still a foreign term and San Diego County was home to only a handful of breweries, the Chapman brothers, Ron and Rick, opened a brewpub in their hometown of Coronado. Today Coronado Brewing stays true to its San Diego roots, brewing a diverse portfolio specializing in abundantly hoppy West Coast-style ales, available in 16 US states and 12 countries. In addition to the long-established pub in Coronado, the company operates a tasting room inside its San Diego production facility, and a tasting room and restaurant in Imperial Beach, California. Coronado Brewing Company is the proud recipient of one of the brewing industry’s most prestigious awards-World Beer Cup Champion Brewery and Brewmaster for a Mid-Size Brewing Company, 2014.