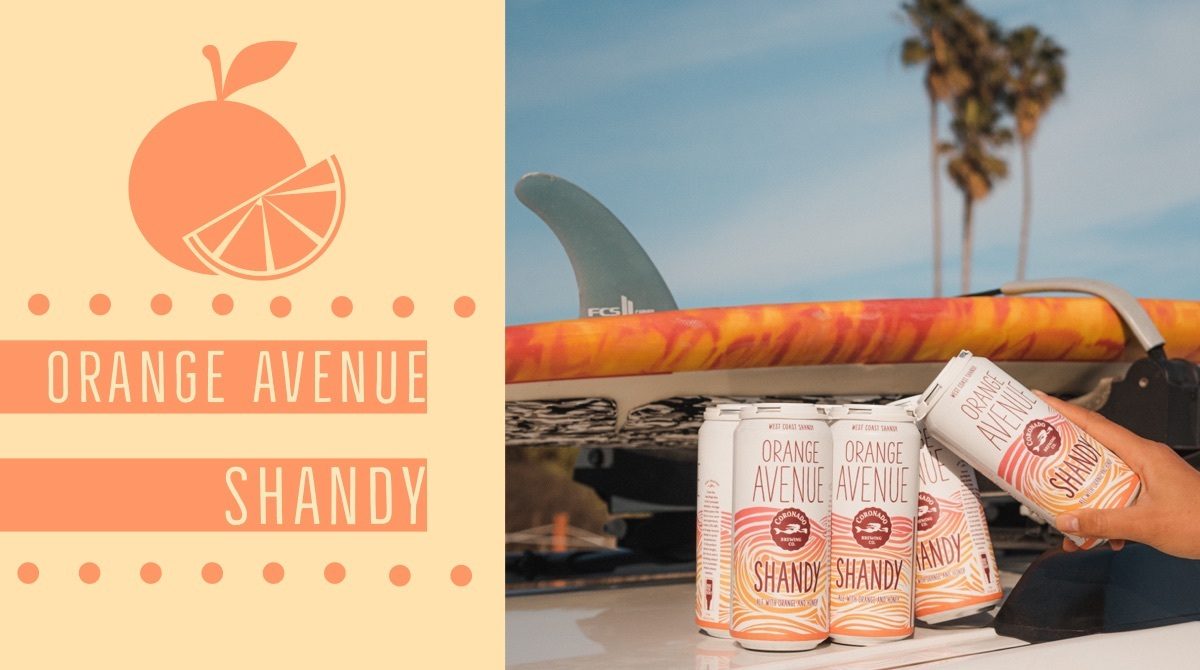 At the beginning of 2021, our brewers at Coronado Brewing decided to spice things up for the new year. After finding the perfect combination of ripe citrus and wheat ale, they were able to brew an incredibly refreshing shandy with a West Coast twist. Orange Avenue Shandy is a refreshing wheat ale brewed with juicy citrus to keep your tastebuds happy. Since the release of this hybrid style ale, we’re often met with the question

History of the Shandy

The term “shandygaff” was first introduced in 19th century New England. Shortened to ‘shandy,” the term was used to describe a blend of beer with any kind of non-alcoholic drink. The English typically crafted their shandy’s using ginger beer; however, any citrus-flavored beverage usually did the trick. Charles Dickens once wrote about shandies, exclaiming they were “the perfect alliance between beer and pop.” As shandies became more popular in English culture, the ale spread rapidly throughout Europe.

Though shandies were originally created as beer mixed with ginger-ale or ginger-beer, other European cultures used various citrus beverages to make them their own. For example, Germany’s shandy is typically made with lemon and is known as a “Radler.” Radlers adapted from the name Radlermass, or “cyclist litre.” Radlers were first made by Franz Kugler when he accidentally ran out of beer and had to mix it with lemon soda to keep the sales going. As lemon was introduced to the world of shandies, other flavors like grapefruit and orange came into play.

Why did we decide to make our own Shandy? For the last 25 years, CBC fans may have seen us crafting beers using citrus flavors before, ie. one of CBC’s most popular beers of all time, Orange Ave Wit. While they share a similar name, customers can think of Orange Ave Shandy as the “younger cousin” of Orange Ave Wit. Sure, OAW may have taught OA Shandy a thing or two, but Shandy brings a totally new set of flavors to the game, bursting with orange juiciness. “Orange Avenue Shandy isn’t like your traditional shandy, it’s brewed with orange and honey to give it a lighter, crisp taste,” says Bart Gumpert, CBC innovation brewer. He continued on by saying “Orange Avenue Shandy was brewed for our customers to enjoy a new style of beer, especially something that’s refreshing and easy to sip on.” Most shandies are best on hot days during the summer season; however; our shandy is crafted for year-round enjoyment. Don’t let another hot summer day ruin your vibe, stay refreshed and try an Orange Avenue Shandy today.

Find Orange Ave Shandy at a Store Near You!
rolex replica
Scroll up
Click to
find our beer
0