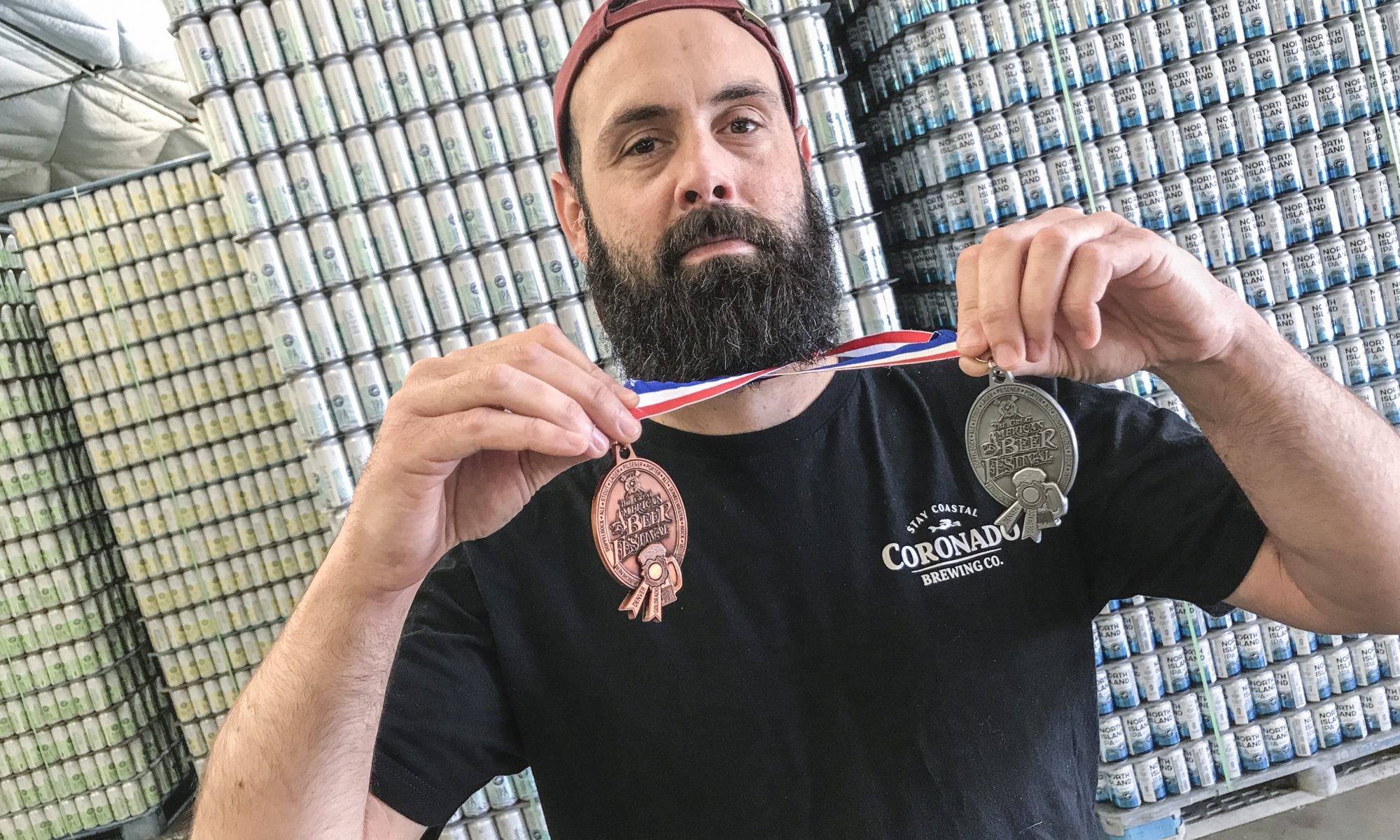 SAN DIEGO – October 7, 2019 – Coronado Brewing Company is honored to announce it took home a silver and bronze medal at the 2019 Great American Beer Festival (GABF) competition, the world’s largest commercial beer competition. The GABF, presented by the Brewers Association, recognizes the most outstanding beers produced in the United States. Gold, silver and bronze medals were awarded on October 5 at the Colorado Convention Center in Denver, in 107 beer categories covering 174 different beer styles (including all subcategories), establishing the best examples of each style in the country.

Coronado Brewing Company (Production Facility) was recognized in the competition’s second-largest category, American-style India Pale Ale, with 342 entries. Coronado’s Weekend Vibes IPA was awarded a bronze medal, beating out hundreds of entries from around the country. Weekend Vibes IPA was launched in October 2018 and since then, has quickly become the company’s second best-selling beer and has received numerous accolades and fan support. “Of all the awards I could choose to win, winning in the IPA category at GABF is at the top of the list,” says Mark Theisen, Head Brewer, Coronado Brewing Company. “I’m so proud of Weekend Vibes IPA taking bronze in the American IPA category. We put so much time and energy into nailing the recipe, and to get that validation from our peers is amazing.”

In addition to Weekend Vibes IPA taking a bronze in the IPA category, the company also took a silver medal for its Freebooter Barleywine (Pub Facility) in the Barley Wine-style Ale Category. “Freebooter is an American-style barleywine that our innovation brewer, Bart Gumpert, created,” says Theisen. “To medal in a category with such heavy hitting beers is a huge accomplishment. We’re stoked to have people try this small-batch beer while they can!”

In the 33rd edition of the GABF competition, 9,497 entries were submitted to the general competition, along with 113 Pro-Am and 70 Collaboration entries. The beer was made by 2,295 breweries from across the nation, with entries from all 50 states plus Washington, D.C., Puerto Rico and the Virgin Islands. Judging took place over the course of three days, with an international panel of 322 judges from 18 countries. “This year’s GABF competition was the largest and most competitive to date,” said Chris Swersey, competition manager, Great American Beer Festival. “The beers and talent were as impressive as ever, and I’m thrilled to congratulate this year’s winners for their achievements in brewing.”.

Coronado’s Weekend Vibes IPA is available in 16oz can six packs and on draft, throughout the company’s distribution network. Freebooter Barleywine is currently available at the company’s three locations, while it lasts. For more information about the Great American Beer Festival, visit www.greatamericanbeerfestival.com. For more information about Coronado and its award-winning beers, visit www.coronadobrewing.com. Stay Coastal. Cheers.