Never ones to rest on their laurels, the team at Coronado Brewing Company is heading into 2020 with a new CEO at the helm and a strategic plan for accelerated growth. Coronado Brewing welcomes James Murray to the team as the company’s new CEO. Murray comes to Coronado with more than 15 years’ experience in craft beverages, most notably, seeing Ballast Point through its meteoric rise, and more recently as Chief Operating Officer of San Diego-based Sol-ti living beverages. “We are thrilled to welcome James to the team,” says Ron Chapman, Co-founder, Coronado Brewing Company. “James has tremendous experience scaling operations and growing brands. He is a family man that fits in well with our company culture, and we can’t wait to hit the ground running in 2020.”

Murray comes to Coronado as the company is wrapping up a year of better-than-industry-average growth, heightened brand awareness, and two big wins at the Great American Beer Festival. “I am beyond excited to be part of this team and to continue building on the momentum that’s been established,” says Murray. “Coronado is a family company with an incredible reputation as one of San Diego’s original craft breweries producing world-class beer, and I am looking forward to leading our team into the next chapter of growth. I am passionate about developing people, maximizing efficiencies, and growing companies, and I’m excited about Coronado’s bright future.”

Murray’s first order of business was to restructure Coronado’s leadership team in order to streamline operations and elevate key personnel into new roles. “I want to set us up for success in 2020 and beyond, and part of that was rethinking our Senior Leadership structure to allow for increased efficiencies and to further develop key members of the team who have helped cement Coronado’s success in the market,” says Murray. As such, the new structure will transition co-founders Ron and Rick Chapman to the Board of Directors, with Rick continuing to serve as President, and Murray overseeing day-to-day company operations and strategy as CEO. “We are very excited to have James on board. As we head into 2020, James will be instrumental in helping us fine tune our efficiencies, diversify our portfolio, and continue to propel our brand,” says Rick Chapman, Co-Founder and President, Coronado Brewing Company.

Reporting into Murray will be a C-suite team, including Kate Zittere as Chief Financial Officer, Kasey Chapman as Chief of Retail Operations, and promoting Clinton Smith from Director of Sales to Chief Commercial Officer. Smith has been with the company for 10 years and his new role will allow him to more broadly focus on sales growth, while working closely with the marketing and business development teams. Smith was previously at Boston Beer before taking on the role of building the sales team at Coronado. Reporting into the C-suite will be a new level of VP roles, with Eddie Buchannon being elevated to VP of Business Development and Melody Crisp being promoted to VP of Marketing. Buchannon has been with Coronado for six years, with previous experience at Craft Brewers Alliance, while Crisp is going on four years with the company, with almost a decade of prior experience at Karl Strauss Brewing Company.

“My goal coming into this new position was elevate the people who have worked hard to grow the business and the brand over the past several years. I wanted to make sure that the Senior Leadership team was equipped to continue forward with the momentum they have created,” says Murray. The company is continuing to build off of the momentum established in 2019. “In just the past year, Coronado has launched an incredibly successful line of 16oz can hoppy beers, including the GABF award-winning Weekend Vibes IPA, as well as undergo rebrand of its Coastal Classics. We’ve seen our distributor depletions up 12% from 2018, and our Distributor shipments have gone up 8% YOY. Our retail locations continue to grow in a competitive market,” says Clinton Smith, Chief Commercial Officer. “We know the industry is more competitive than ever, and that’s not going to change. We are confident that the key to success goes beyond amazing beer—you need the right team in place to execute the plan—and with James on board, it’s like the last piece of the puzzle is falling in to place.”

As Coronado heads into 2020, the company will continue to focus on growing sales in its home state of California, while exploring a few key markets where opportunities align with the brand’s stay coastal ethos. “We want to be strategic about how and where we grow,” says Murray. “In today’s hyper competitive market, we believe the key to success will be maximizing our efficiencies, growing our home market, and continuing to build brand affinity with current and new consumers.” Strategic focus will be placed on key brands, including GABF award-winning Weekend Vibes IPA, new lifestyle collaboration Salty Crew Blonde Ale, rebranded Coastal Classics, as well as innovation through the company’s Art Series and collaborations.”

“While our focus is beer, we are also excited to push the envelope and see where we can find our niche within other specialty beverages,” says Murray. “In today’s environment of never-ending consumer choices and limited attention span, we’re excited to pursue other opportunities in craft beverage, so keep your eyes on Coronado in 2020.” For more information about the company, visit www.coronadobrewing.com. Stay Coastal. Cheers. 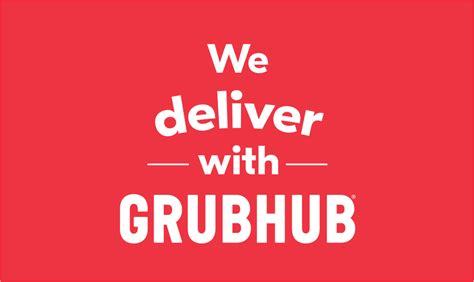