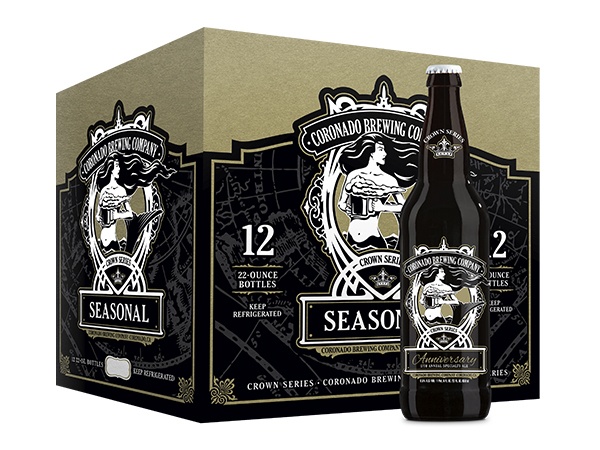 Coronado, CA, July 1, 2014—This August, Coronado Brewing Company will commemorate 18 years of brewing with its 18th Anniversary Ale. The company will also toast a banner year with an 18th anniversary party to be held on August 2nd at the company’s tasting room on Knoxville Street in San Diego. The year’s successes included medaling for the first time ever for its Black Sails IPA, from the Great American Beer Festival (GABF) in Denver, CO where Coronado won a Silver in the American-Style Black Ale category. At the World Beer Cup, Coronado also triumphed as the champion among mid-size brewers, as it received the highly coveted Champion Brewery/Champion Brewmaster Award, arguably the most prestigious award in craft brewing. The brewer netted a Gold award for their Islander IPA and a Silver for Old Scallywag.

Part of the brewer’s Crown Series, the 18th Anniversary Ale is a double IPA with a spicy tropical flavor balanced by clean breadiness in the finish.

Where to find it:

In 1996, when craft beer was still a foreign term and San Diego County was home to only a handful of breweries, the Chapman brothers Ron and Rick opened a brewpub in their hometown of Coronado. CBC brews abundantly hoppy West Coast-style ales staying true to their San Diego roots. They began distributing their beers throughout the local market, and today you can find Coronado beers in 17 states across the US. In addition to their long established pub in Coronado, the company opened a tasting room inside their newly built San Diego production facility in early 2013.